By this time Ivan had seen more than a handful of aviation deaths. He noted the passing of an individual in his scrapbooks with a star and there are many of them. These next photos document a very different kind of funeral in which Ivan participated.

Ivan dedicated three full pages in his scrapbooks to the death of fellow instructor Peter Carl "Tex" Millman. There are five magazine and newspaper clippings carefully laid out surrounding photos of the flight preparations. This "aerial funeral" is purported to have been the first of its kind.

Ivan was in his early seventies when he added his notes in ball point pen to the photographs. I recall seeing these scrapbooks laid out on tables in his bedroom in Long Beach, California and thinking it would be neat to look through them one day.

As I've done in the past I'll simply let the newspaper article tell the story:

In case it's not legible Ivan has written "Plane I Flew" on this photo. 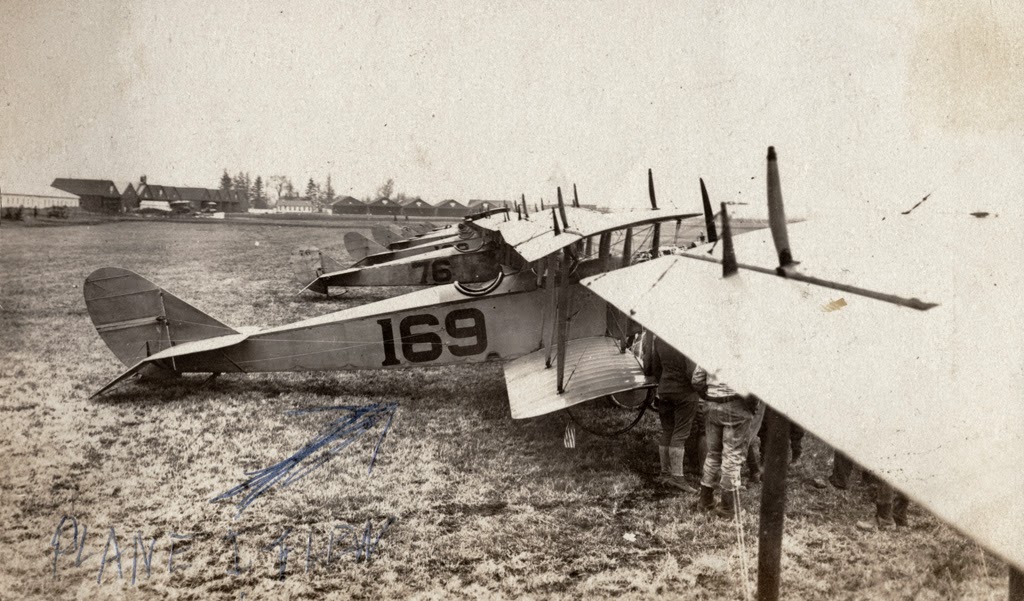 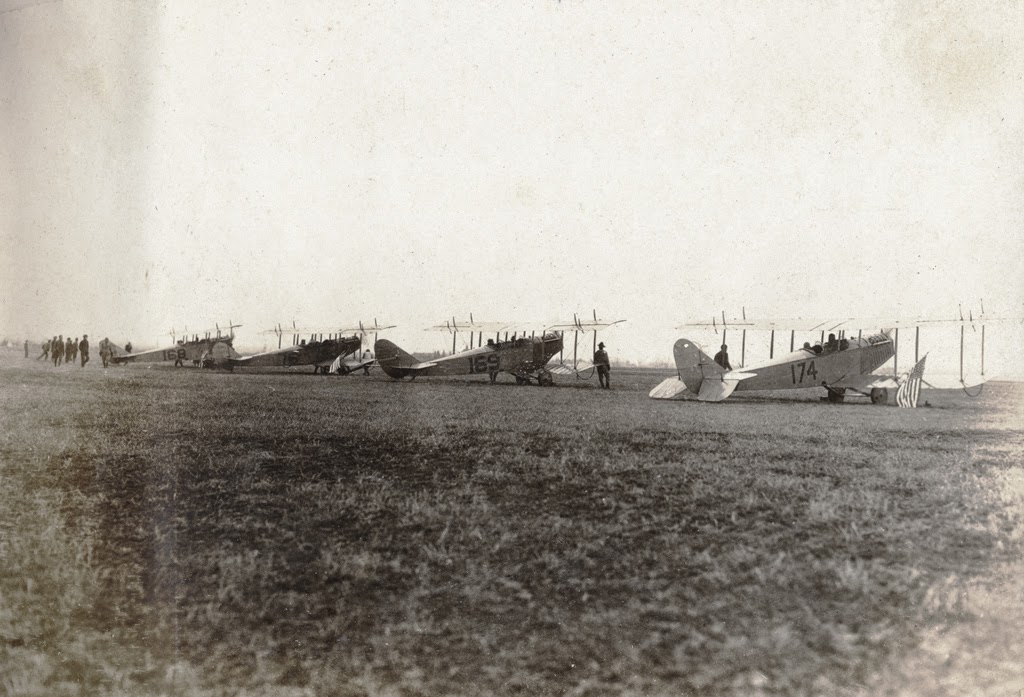 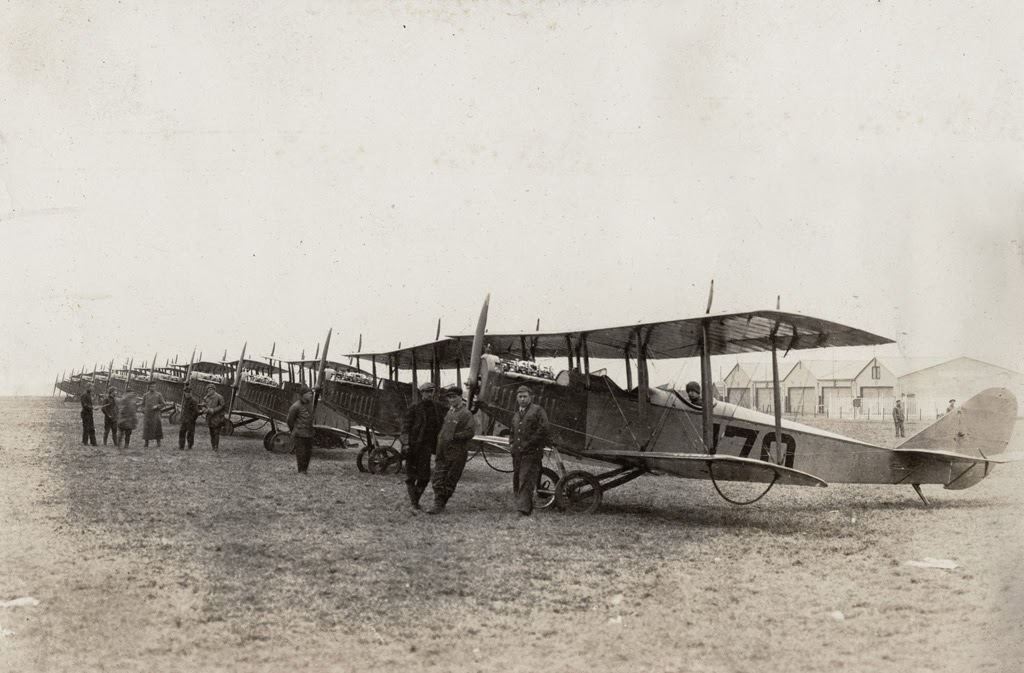 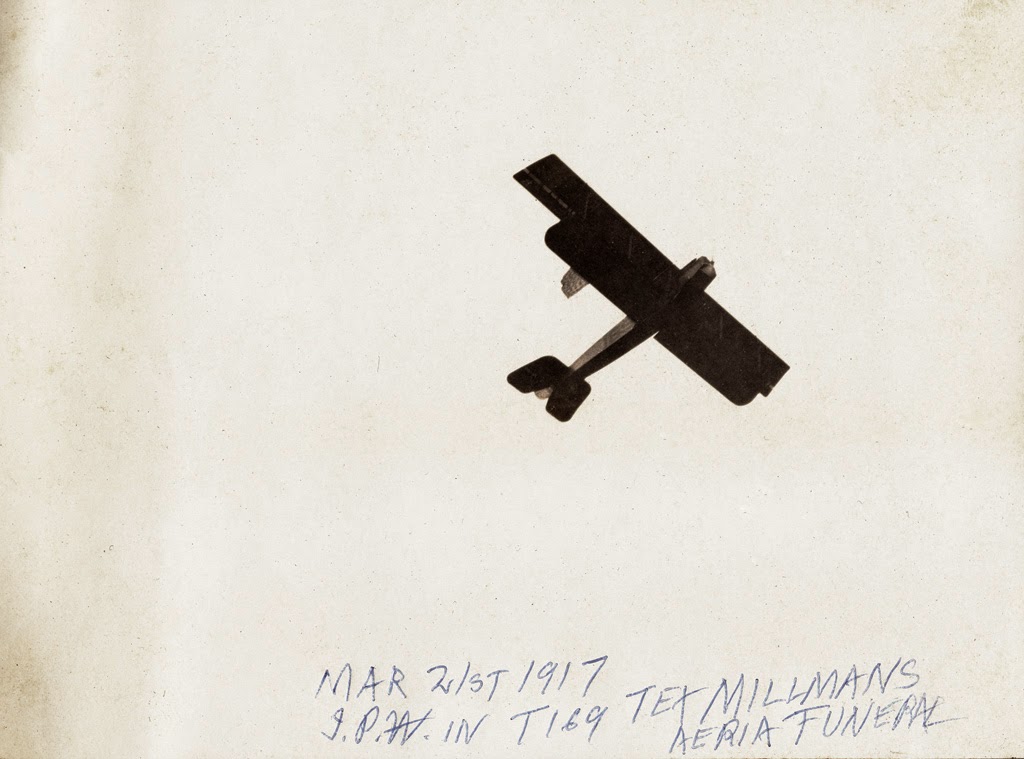 This last magazine clipping is taken from Flying volume 5-6 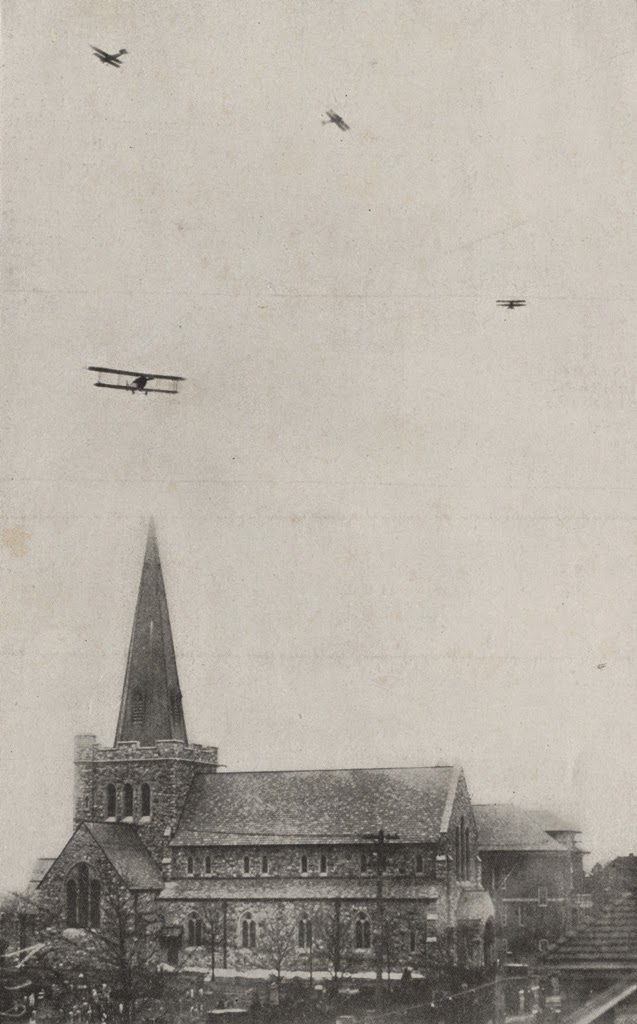 I found the following quote regarding Mr. Millman (from Aerial Age volume 5) particularly poignant.  ""Tex" was a good pilot. Although he had never won fame for any death-defying feats of the air, he was known as being as steady and intelligent a pilot as this country possesses...Yet with all this experience..."Tex" never had and accident, - never broke a stick. And it was not an airman's death that Peter Carl Millman died, for it was pneumonia that took him off..."

I sometimes post photos that don't quite fit here...